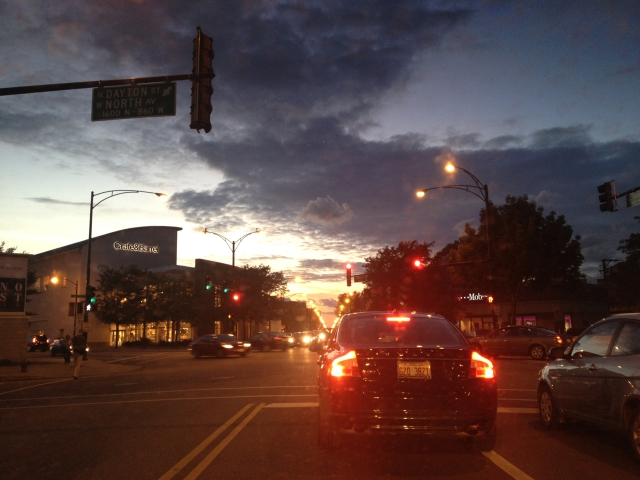 an apparition on North Avenue, visited itself upon me while I was in a state of exhilaration, having convinced myself that I had just earned a quick $3000, although all that I had really done was not buy the new $3000 MacBook Pro with the retina display. But it still felt revelatory.

About The Lost Pedestrian

In my wanderings throughout the moments/days/years, I try in earnest to find the mystical within the mundane and the mundane within the mystical, oftentimes confusing one from the other. I have wandered and roamed through many a city, many a town, in a state of wonder and bewilderment, without necessarily going anywhere. I am easily lost, but eventually found. (I am guessing you have just found me). My sincere hope is that you will find Something in this warehouse of thought, memory and false memory, words, numbers, tangents, murmurs, echoes (lots and lots of echoes), voices, dreams, and other paraphernalia.
View all posts by The Lost Pedestrian →
This entry was posted in Uncategorized. Bookmark the permalink.